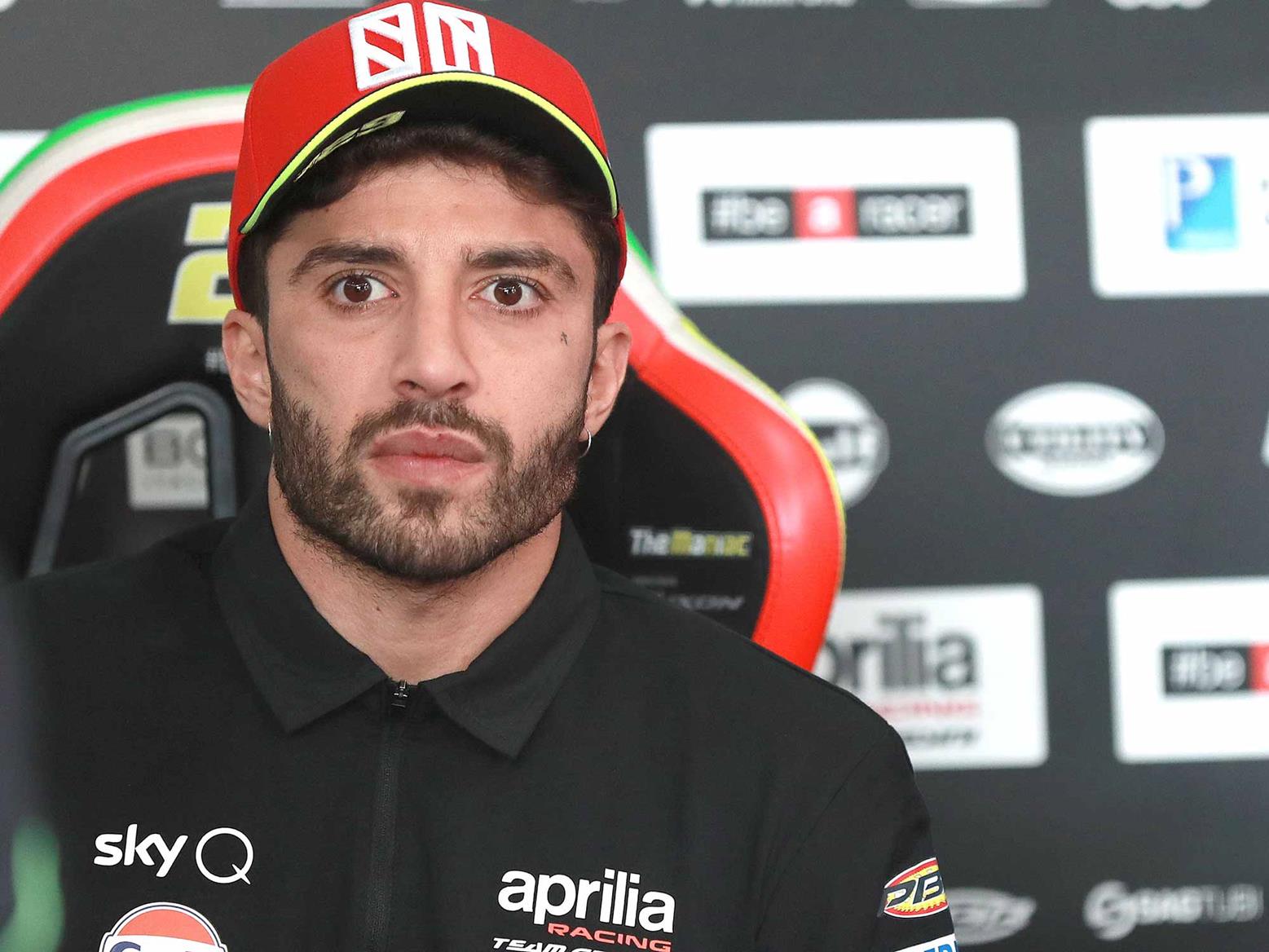 The future of Aprilia rider Andrea Iannone remains uncertain after no verdict was reached by the FIM Disciplinary Court in Switzerland yesterday.

The Italian failed a drugs test held after the Malaysian Grand Prix last November and was provisionally suspended by the FIM. Iannone had tested positive for the steroid Drostanolone.

Ahead of yesterday’s court case Iannone’s representatives claimed that contaminated meat in Asia was the reason behind a small trace the steroid being detected. They also stated that it made no sense for a motorcycle racer to take a body building steroid.

As a result of no verdict being reached, Iannone remains suspended and will therefore not be taking part in the Sepang test this weekend. The Italian press are reporting that the court case has been deferred for 10 days after Iannone’s defence team presented a hair sample that was tested by an anti-doping centre in Turin and showed no traces of the steroid.

In a statement released by the FIM they confirmed that Iannone’s B sample also came back positive. “The hearing of the International Disciplinary Court (CDI) took place today at the FIM Headquarters in the presence of a panel of three judges of the CDI where Mr Iannone had the opportunity to present his case,” the statement read.

“The proceeding is still ongoing until a CDI decision is rendered. Mr Andrea Iannone remains provisionally suspended until then and is therefore barred from participating in any motorcycling competition or related activity until further notice. Under the World Anti-Doping Code and the FIM Anti-Doping Code, the FIM is unable to provide any additional information at this time.”

At the shakedown test in Sepang last weekend Aprilia’s brand-new RS-GP 20 was tested by Bradley Smith and Lorenzo Savadori, alongside full-time rider Aleix Espargaro. It’s likely that this line-up will remain the same at the official test this weekend.

Andrea Iannone has responded to being provisionally suspended by the FIM after failing a drugs test.

It has been revealed that the Italian failed a drugs test carried out at the 2019 Malaysian Grand Prix. A report from the World Anti-Doping Association indicated that an ‘Adverse Analytical Finding’ of a non-specified substance was found in Iannone’s urine sample.

The substance in question came under the ‘Exogenous Anabolic Androgenic Steroids’ section of the 2019 Prohibited List.

Iannone has now had his say on the report, claiming that he has not received any official confirmation regarding his suspension. On his official Instagram account, the Aprilia rider said:

“I’m totally relaxed, and I want to reassure my fans and Aprilia Racing. I am open to any counter analysis in a matter that surprises me, also because – at the moment – I have not received any official communication.

“Over the years, and also this season, I have undergone continuous checks, obviously always proving to be negative, which is why I have every confidence in the positive conclusion of this affair.” 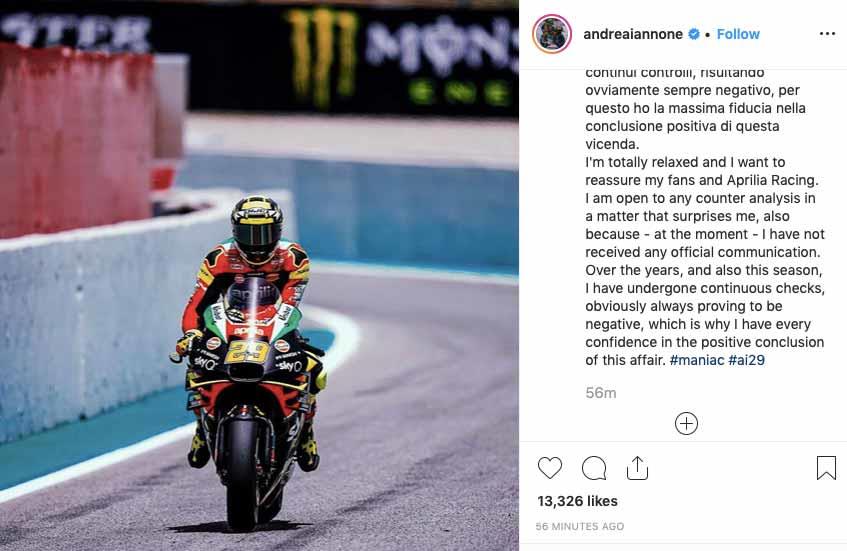 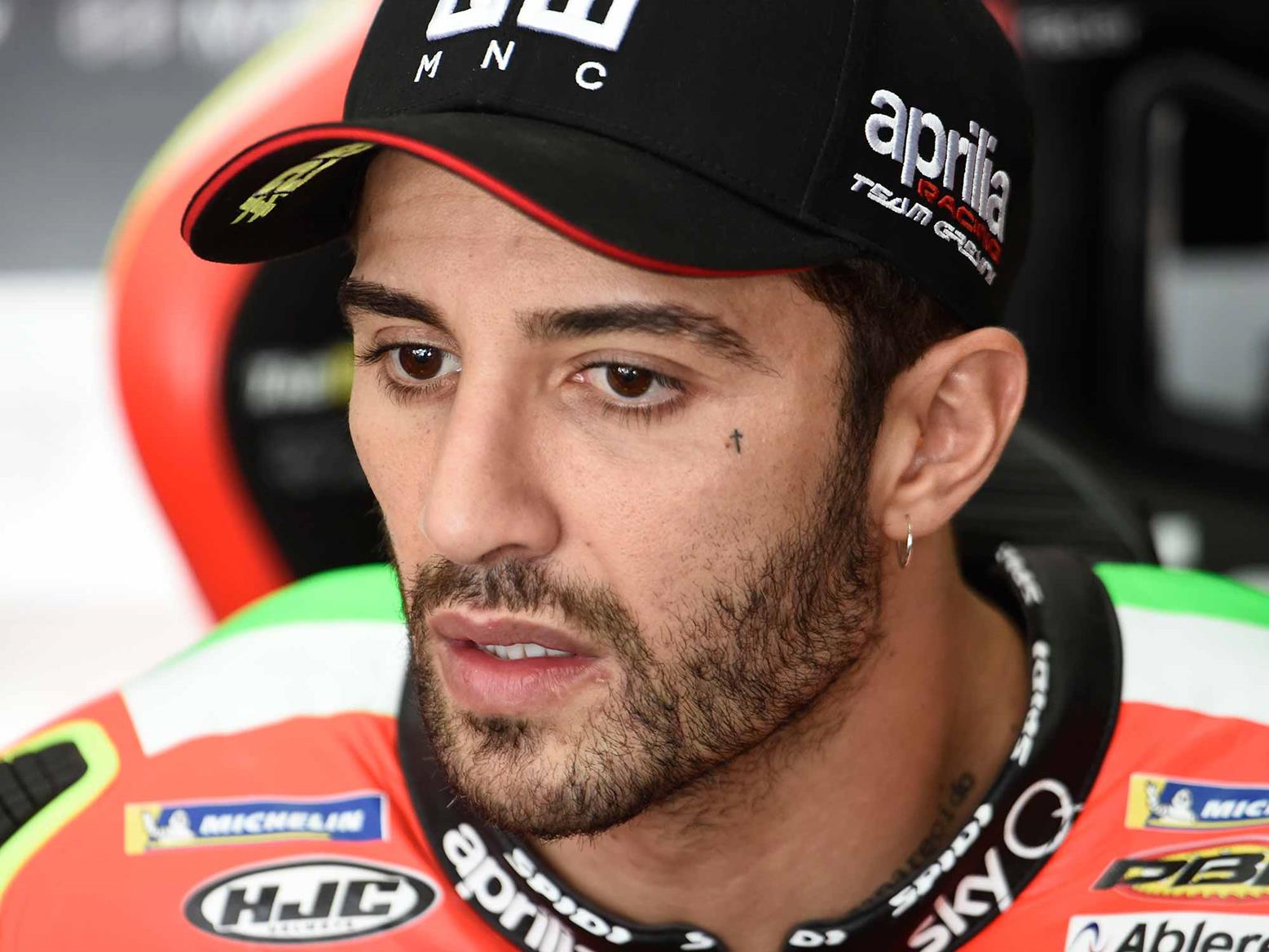 Andrea Iannone has been provisionally suspended by the FIM after failing a drugs test carried out at November’s Malaysian Grand Prix.

The Italian’s urine sample was found to contain a non-specified substance which is prohibited within the FIM’s rules. The substance is listed under Section 1.1.a of the 2019 Prohibited List, labelled as ‘Exogenous Anabolic Androgenic Steroids’.

As a result, Iannone is now barred from participating in any motorcycle competition or activity until further notice.

The Aprilia rider does have the right to request and attend the analysis of his B sample. He also, under Article 7.9.3.2 of the FIM Anti-doping Code, can request lifting of his provisional suspension.

Iannone’s MotoGP future is unclear following his suspension. The controversial rider is under contract with Aprilia for 2020. At this early stage, it isn’t known whether he’ll be in a position to compete next season.