There won’t have been a day of celebration like it on London’s famous Kings Rahd since Hughie Gallacher popped into the World’s End one Thursday morning in 1933 and was sent flying back through the saloon doors at 2.57pm on Saturday, before picking himself up from the gutter, dusting himself down and giving a man-of-the-match performance in a 6-0 win over Dirty Leeds. That’s because Chelsea, second placed in the Women’s Super League, have been awarded the trophy on a points-per-game basis, while the men appear to have won the race to sign Timo Werner. Crank up the Liquidator, cue D1ck a Dum Dum by Des O’Connor, and let’s party!

The decision to hand this season’s WSL to Emma Hayes’s side will no doubt go down badly with Manchester City, who were a point ahead at the top when play was suspended in the wake of the pandemic. But maths is maths: Chelsea had a game in hand, and so win the title with a PPG score of 2.60 compared to City’s 2.50. Also, more importantly as The Fiver is concerned – given its visceral aversion to stats, numbers and people who keep banging on about stats and numbers – Chelsea had the measure of their closest challengers on the actual field of play, doing the double over Arsenal and beating City at home, drawing with them away. So this all seems equitable to us.

Given how the respective fanbases style themselves and subsequently roll, Chelsea fans will be doubly delighted that two-time champions Liverpool have been relegated as a result of the FA’s decision. And they’ll also be thrilled with the news that Werner, who has scored 32 goals in 44 matches for Crass Energy Drink Advertising Gimmick Leipzig so far this season, is close to signing for the men’s arm of the club. It’s another one up on Liverpool, who had been expected to land the 24-year-old German international, but Money Guy at Anfield theatrically pulled out his trouser pockets to reveal nothing but lint, fluff and dust, so that’s that. No King’s Rahd style shindig for the Reds, then, merely misery. Though to be fair, The Fiver suspects another chance to throw some sort of bash will present itself relatively soon.

QUOTE OF THE DAY

“Thank you for being so open and forthright in your evil attitude and lack of care towards the black population you preside over. Thank you for not pandering to the ‘politically correct’ and even pretending you have any empathy towards anyone who doesn’t look like you or share your outdated, disgraceful, disturbing views on society” – Liam Rosenior writes an open letter to Donald Trump.

Football Weekly Extra is a Barney Ronay special, while there’s also another Forgotten Story of Football: part one of Abraham Klein, “the master of the whistle”.

“As a follower of The Fiver since the days when it was funny (yes, younger readers), consider my sense of nostalgia when I laughed out loud yesterday. However, I soon realised that this was due to the effect of general anaesthetic, so wonder if any medics out there know of any easy-to-apply anaesthetic or laughing gas that we could apply to give us back that witty Fiver feeling?” – Danny Preiskel.

“The BBC is offering a £5,550 bursary for aspiring comedy writing partnerships. Perhaps The Fiver should get together with its reader and … actually, forget I said anything” – Noble Francis.

Send your letters to [email protected] And you can always tweet The Fiver via @guardian_sport. Today’s winner of our prizeless letter o’the day is … Louise Wright.

Depending on how Manchester City v Arsenal goes, Liverpool could win their first league title in 30 years against Everton on a free-to-air channel called Pick.

The BBC will screen its first live top-flight game since 1988 on Saturday 20 June – and what a game it is: Bournemouth v Crystal Palace at 7.45pm BST. Meanwhile, Manchester United v Sheffield United will not be be played at a neutral venue, as was mooted, with Old Trafford hosting the battle of the Big Cup-chasers on 24 June.

Benfica players Julian Weigl and Andrija Zivkovic were injured by broken glass when some absolute twonks threw rocks at their bus after the 0-0 draw with Tondela. Reports in Portugal also say some players’ houses were vandalised with threatening messages.

Hibernian and Hearts are considering an offer from Scottish Egg-chasing to play some of their matches at Murrayfield next season, to help them adhere to possible social-distancing rules if and when fans are allowed back into stadiums.

Spanish papers say Pep Guardiola is set to appoint current Qingdao Huanghai boss Juanma Lillo as his Manchester City No 2 because they go way back.

Lionel Messi has suffered minor thigh-knack after returning to full training with Barça. “This Friday he did specific work to avoid any risks because our first La Liga match is eight days away,” blabbed a club suit. “He is expected to return to working with the group in the next few days.”

And after watching football wrestle with a Covid 19-fuelled cashflow problem, Gareth Bale’s Mr 20% reckons the game’s greatest golfer should continue to pocket £600,000 a week at Real Madrid until his contract expires in 2022. “He has a very nice lifestyle. I don’t see why he doesn’t see his career out at Madrid,” he kerchinged.

“Just when you needed something to defuse the mood of anger, racist abuse and online tribal rage. Here comes football. Hmm.” It’s Barney Ronay on the Premier League’s Project Hope For The Best.

Quiz! Quiz! Quiz! Name the footballing blowhards from the boastful quotes. Get on with it then.

Oh, and if it’s your thing … you can follow Big Website on Big Social FaceSpace. And INSTACHAT, TOO! 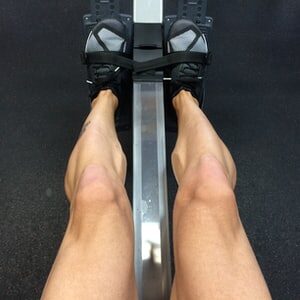