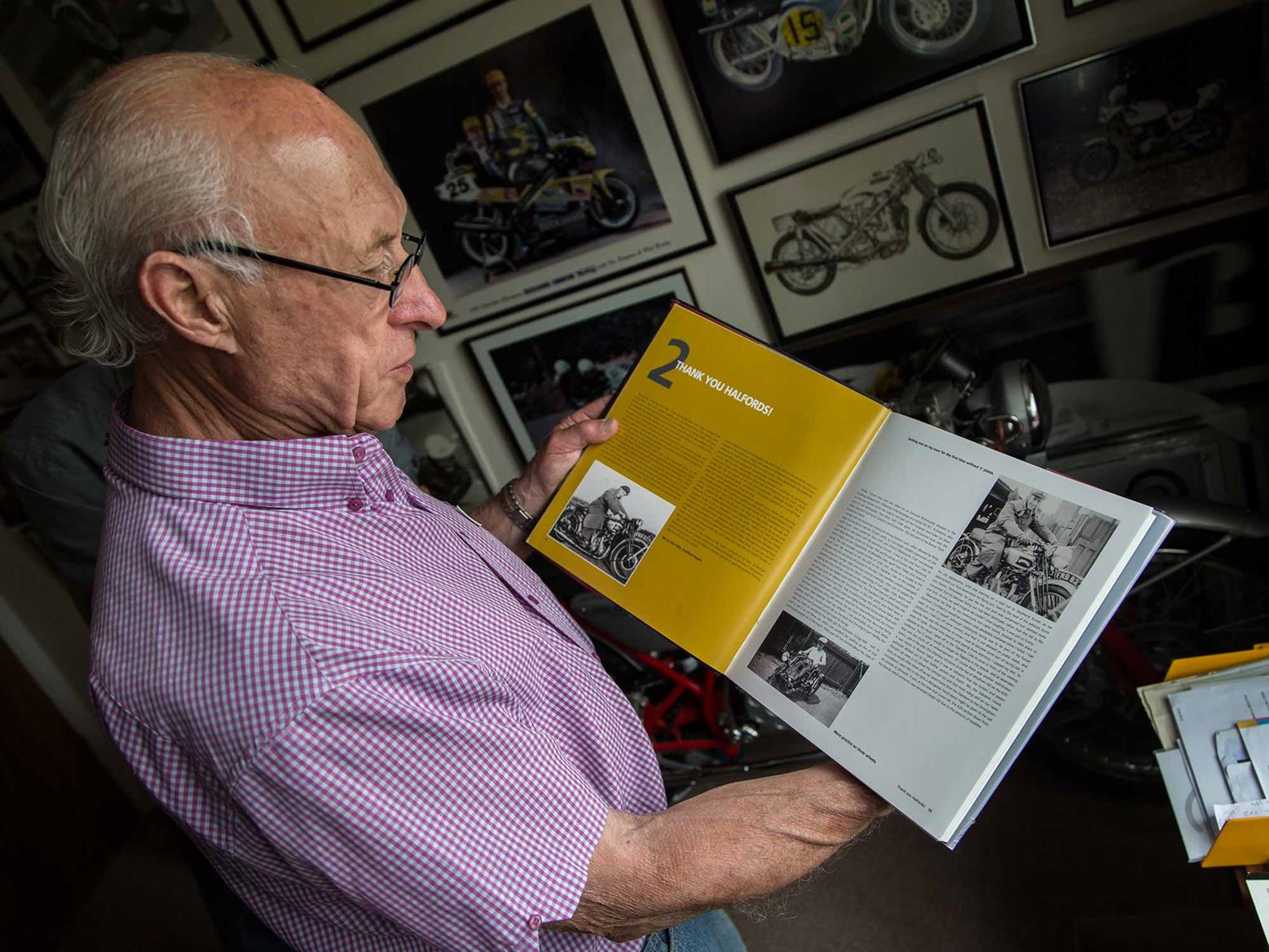 Colin Seeley, one of the most significant and influential figures in British bikesport over the last 60 years, has passed away following a long illness. He was 84.

A successful bike retailer and sidecar racer in the early 1960s, his best result on his self-designed machine was victory in the 1964 Dutch TT. As an aside, in 1966 he was also one of the first racers to wear coloured leathers.

After retiring from racing, he rose to greater prominence with his eponymous racing frames and bikes, which were renowned for their superior handling. These were first powered by Matchless, AJS and Norton engines, before progressing to Yamahas, to produce the ‘Yamsel’ and then onto Suzuki in the early 1970s.

Barry Sheene’s first British championship in 1971 was aboard a T500 Suzuki with a Seeley frame. Sheene also won both the FIM 750 championship and MCN Superbike in 1973 on Seeley-framed Suzuki TR750 triples.

In the mid-70s Seeley expanded into road bikes, producing a reframed sports bike powered by Honda’s SOHC 740/4 and, in 1977, the limited edition Honda ‘Phil Read Replica’. The association continued with the Seeley-Honda TL200 trials bike in 1979, today regarded as a classic.

In the 1980s Seeley returned to F1 then in 1993 teamed up with Brian Crighton to campaign the Duckhams Norton/Rotons, winning the 1994 British championship. Following Norton’s collapse Seeley campaigned Hondas and Ducatis and made a huge contribution to BSB.

Today, with the resurgence of classic racing, Seeley singles remain among the most revered machines, while his substantial, two-volume autobiography, from which all proceeds went to charity, is considered one of the greatest of its type.

Upon hearing the news, many took to social media to offer messages of condolence. This included former grand prix rider, Rob McElnea, who said: “Rest easy Colin. You made an incredible contribution to the racing world, a gentleman and role model, many of us have a huge debt to you.”

All at Motorcycle News join the wider racing fraternity at this time in wishing our deepest condolences to Colin’s family and friends.