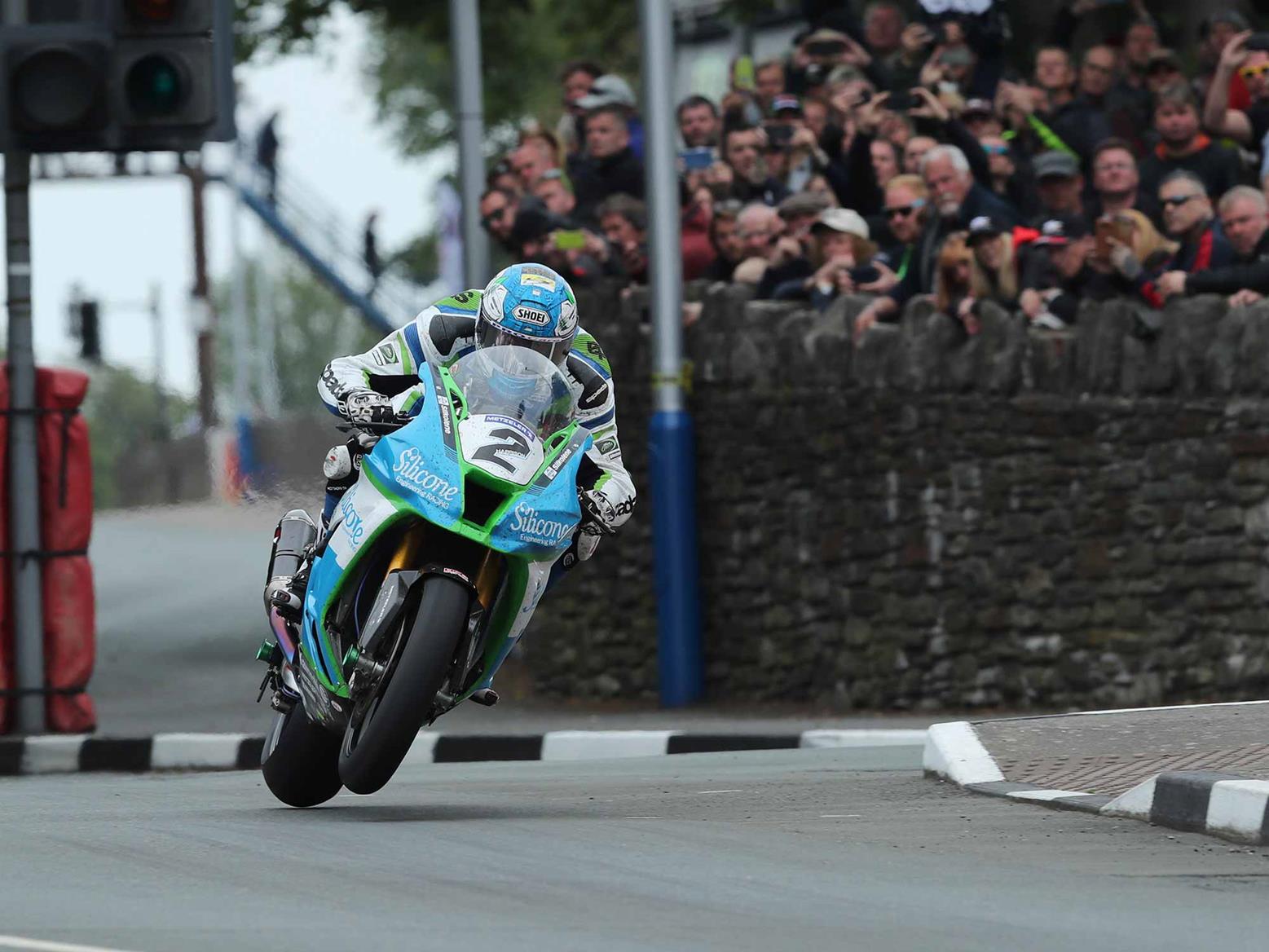 2019 Senior TT race winner Dean Harrison has signed a new deal which keeps him at the Silicone Engineering Racing team until the end of 2021.

Harrison will continue to ride Kawasaki machinery on the roads and in the British Superbike Championship for the next two seasons.

The 31-year-old is one of the clear favourites heading into the 2020 road racing season. Alongside Peter Hickman, Harrison dominated the Isle of Man TT last year. Alongside his win in the Senior TT, Kawasaki’s first since 1975, Harrison also finished second in the Superbike, Superstock and Supersport events. At the North West 200 Harrison finished second in the Supersport race.

“It’s great to be signed up with the team for another two years, Harrison said. “We work very well together, and we’ve all got the same ideas and are working towards the same aims. After our success at last year’s TT, we want to arrive there in May as ready as we can be.”

Harrison has commited to a full campaign in BSB after scoring points on a number of occasions in 2019. Riding the bike on a regular basis and being race fit is proving its worth for riders like Harrison.

“Running BSB makes such a big difference because the field is so strong and it’s the best possible training ground. I’m looking forward to getting back out on the Kawasaki soon and hopefully we can enjoy another strong and successful season together.”

The team will make their first official appearance of the year at the Monteblanco BSB test at the end of February. Alongside the North West 200 and TT, Harrison will also defend his Southern 100 title in July. If the Ulster Grand Prix goes ahead, the team have also said that they will be competing.