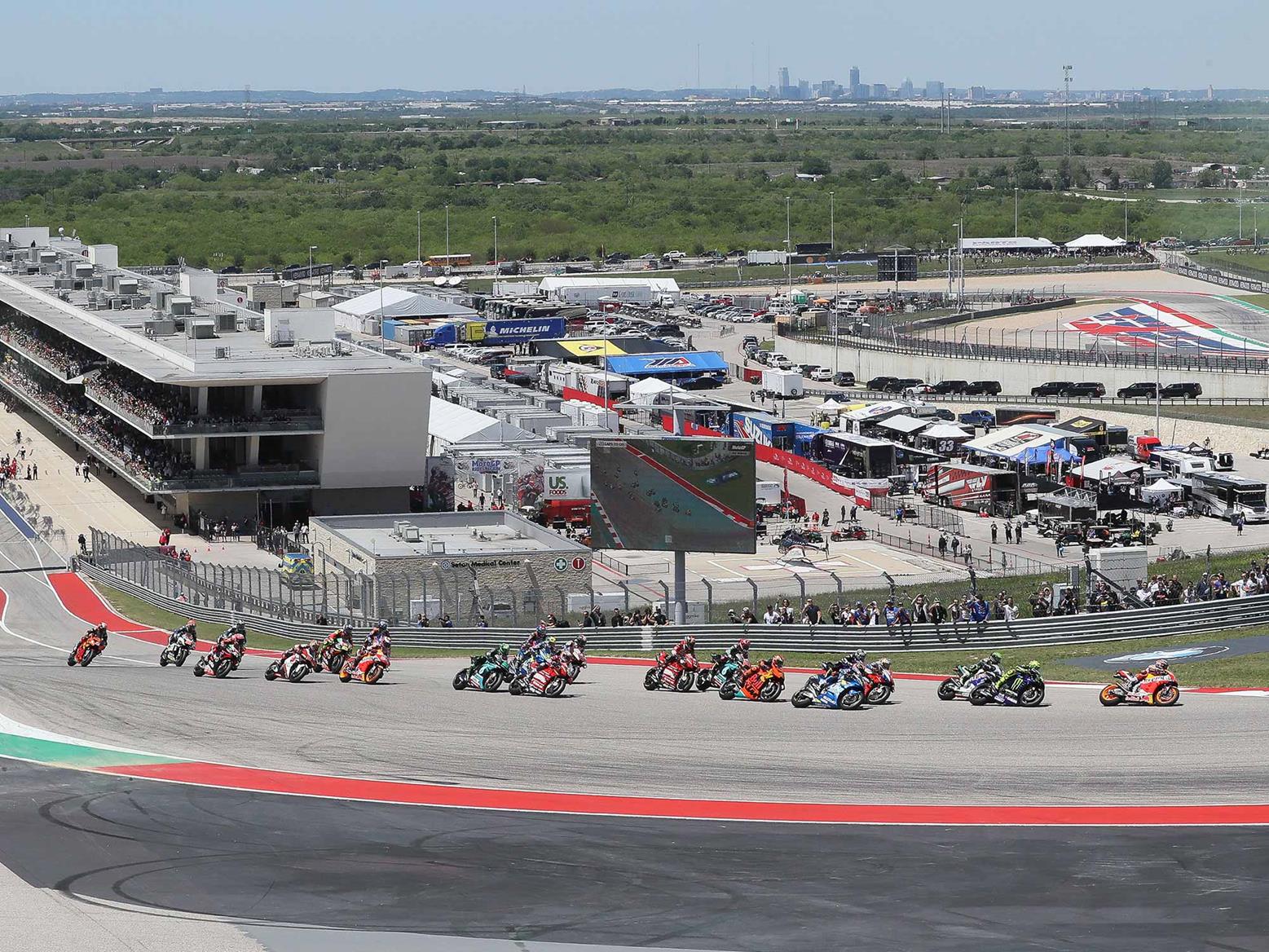 The 2020 calendar has been updated following the cancellation of the Qatar MotoGP race and postponement of the Thailand Grand Prix.

The start of the new season has been thrown into chaos due to the spread of the coronavirus, medically known as Covid-19. Travel restrictions led to the premier class race at Qatar being called off, whilst fears that the virus could spread further led to Thai officials postponing the race in Buriram. Dorna Sports CEO Cermelo Ezpeleta then released a statement to reassure fans that there would be a championship in 2020.

An updated calendar was revealed in the official press conference for this weekend’s Moto2 and Moto3 earlier today. This year’s MotoGP season is now due to begin at The Circuit of the Americas on April 5. The Texan circuit was originally due to host round three of the championship.

The Thailand Grand Prix has been moved to October 4, replacing the Aragon Grand Prix which has been move forward a week to September 27. It was also confirmed that the premier class will not go to Qatar this year.

These are the only changes to the existing calendar, with the premier class riders competing in 19 races and the Moto2 and Moto3 riders completing 20.

Of course, plenty could still change in the four weeks still remaining before the first round of MotoGP. The unpredictable nature of the coronavirus could lead to further travel restrictions around the globe, including in the USA and Argentina. You can see the new 2020 MotoGP calendar below.