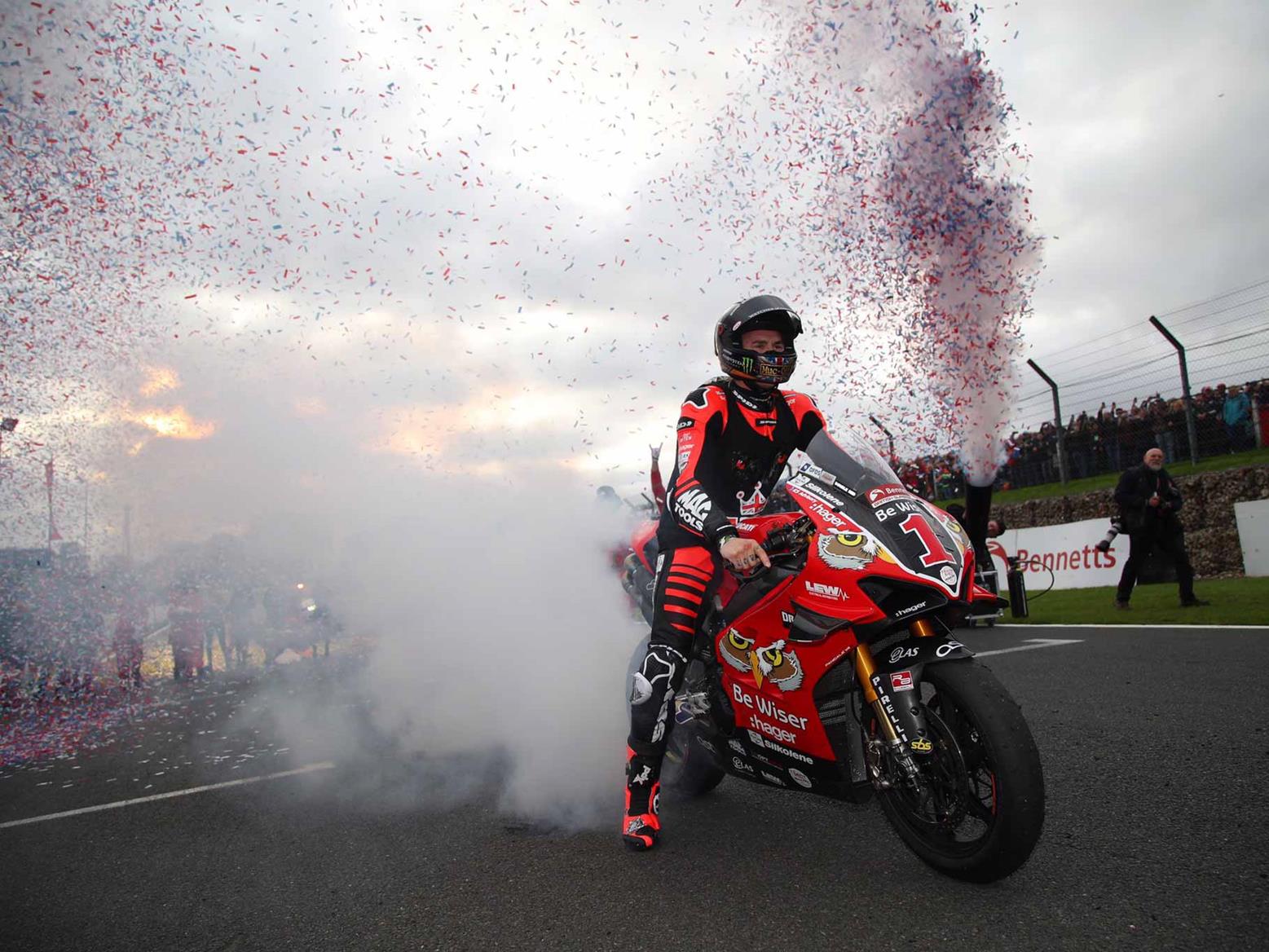 Voting for the MCN Rider of the Year 2019 is now open. We’ve already revealed our shortlist and now we need your help to crown the winner. Today we focus on British Superbike champion Scott Redding.

Scott Redding was ready to quit motorcycle racing at the end of 2018. He had endured a tough year in MotoGP, languishing at the back of the grid with Aprilia. Thankfully, Redding decided to come back home for a fresh start in BSB.

Some people doubted his chances before he had even completed a lap. There were question marks over his ability to adapt to the superbike and the circuits on the BSB calendar. Redding quickly proved them wrong. He secured a hat-trick of victories in the third meeting of the season at Donington Park and would go on to win a further eight races.

It went down to the final race of the season and, despite Josh Brookes winning all three races at Brands Hatch, the 26-year-old clinched the title by five points. Redding brought plenty of energy and fanfare to the series and he will be missed in 2020. The champion has joined the factory Ducati team in WSB and will attempt to dethrone Jonathan Rea.

Vote now if you want Scott Redding to become MCN Rider of the Year 2019. Voting will close at midnight on February 13.