A Superbike masterclass in Australia 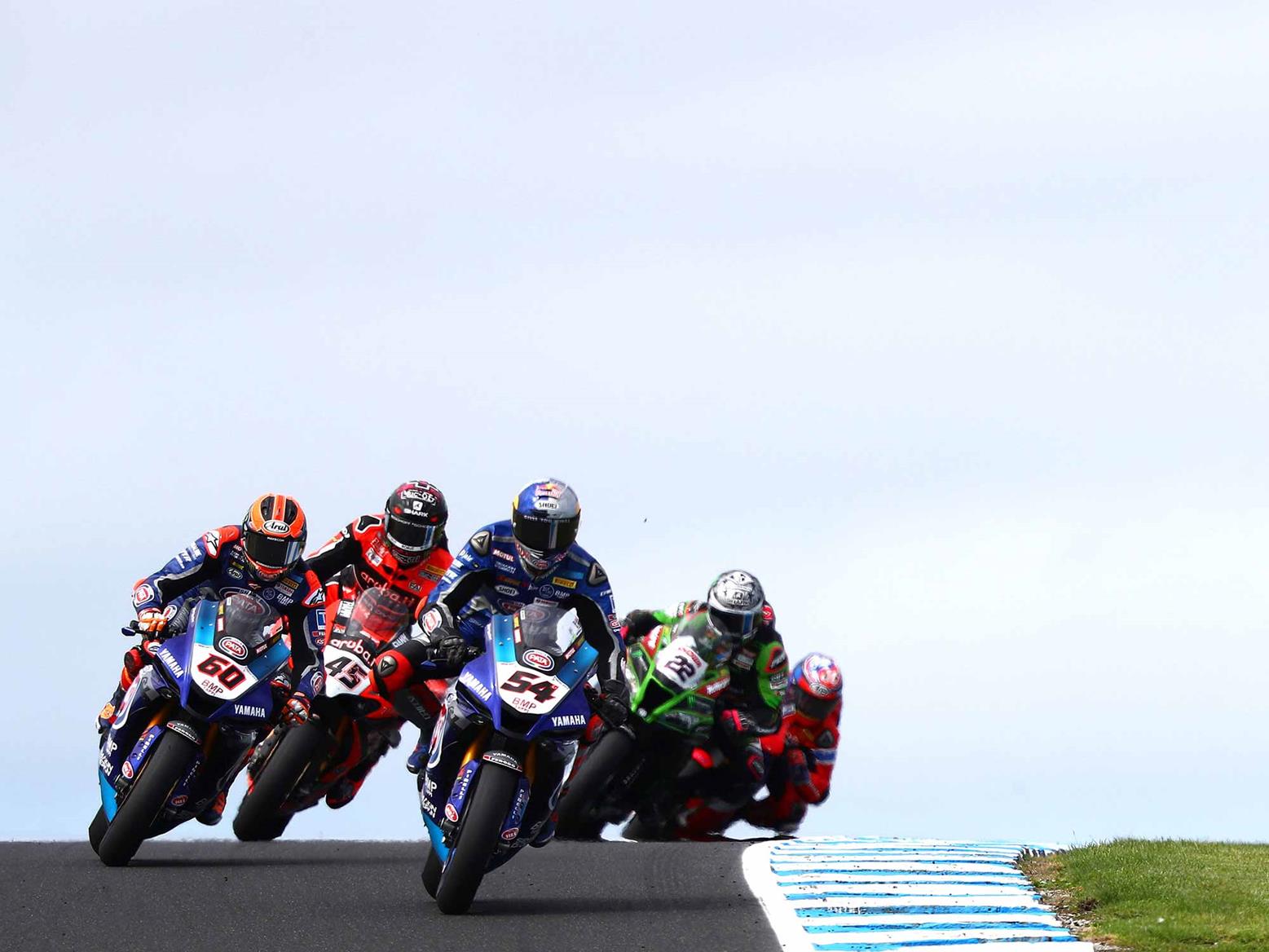 If round one is anything to go by, the 2020 World Superbike Championship is going to be one of the most exciting in recent memory.

Phillip Island, as it often does, produced three nail-biting races which went down to the wire. Toprak Razgatlioglu, Jonathan Rea and Alex Lowes were all victorious in highly competitive races. In fact, the combined gap between first and second from each of the three races is only 0.111s.

Eugene Laverty and Garrett Gerloff were both ruled out of Sunday’s races through concussion. Both riders were involved in separate incidents during the warm-up. Meanwhile, Leon Camier was ruled out after failing to recover from the shoulder injury he suffered at the Jerez test in November.

Here’s a recap of all three races from the opening race weekend of the season.

The opening race of the year began with two old teammates reigniting their rivalry. Tom Sykes was on pole but lost out to Rea at the start of the race. Determined to fight back, Sykes dove down the inside of Rea heading up to Lukey Heights and the pair hit each other. As a result, Rea was forced off of the track and fell down the order. A few laps later Rea’s race came to an end when he crashed at turn eight.

Sykes would quickly fall away from the leading group, with Scott Redding, Michael van der Mark, Razgatlioglu and Alex Lowes battling their way by the BMW rider. Leon Haslam also made his way by on the brand-new Honda.

What followed was an epic battle between the two Yamaha riders, Redding and Lowes. Van der Mark and Razgatlioglu both led laps in the closing stages, with the Turkish rider coming out on top. Van der Mark lost out to Lowes and Redding, with the top three covered by only 0.041s – the second-closest podium in WSB history.

Haslam finished fourth, with teammate Alvaro Bautista battling his way through to sixth from 15th on the grid. Loris Baz was next in seventh, with Chaz Davies, Sykes and Michael Ruben Rinaldi completing the top 10.

Rea got off to a smoother start in the Superpole Race and once again took the lead away from Sykes. Like race one, Sykes would begin to fall away from the leading pack after being overtaken by Redding and Razgatlioglu in the opening stages.

The leading trio pulled away from the rest of the field and another exciting battle commenced, with Redding and Rea making contact at one stage. Redding and Razgatlioglu continued to battle, but Rea was unable to get away from them.

Razgatlioglu eventually got the better of Redding and took the lead of the race away from Rea on lap eight. Rea fought back immediately and began the final lap in first, only for the Yamaha rider to attack once again moments later.

The reigning champion responded at the final corner of the race and was able to avenge his opening race woes by taking victory in the first Superpole Race of the year. Razgatlioglu and Redding completed the podium, with Lowes taking fourth spot. The podium was covered by just 0.072s.

Van der Mark ended the race in fifth, with Sykes crossing the line sixth. Baz was seventh once again for Ten Kate Yamaha, with Haslam, Ruben Rinaldi and Maximilian Scheib completing the top 10. Scheib becomes the first Chilean rider to finish inside the top 10 in WSB history.

The final race of the weekend saw KRT’s Rea and Lowes go head-to-head for victory. Lowes took the lead away from Rea at the first corner, with van der Mark also forcing his way through.

Rea quickly made his way back into second and was soon in the lead of the race. Lowes stuck with his teammate however, with several riders in the leading group. Rea appeared to be controlling the pace and was quite comfortable until the beginning of the penultimate lap.

Lowes dived down the inside of Rea heading down into turn one and proceeded to defend his lead brilliantly for the final two laps. This was Lowes’ first victory since Brno in 2018.

Meanwhile, Redding made it three podiums from three starts in WSB. Van der Mark finished fourth, +1.784s behind Lowes. Davies enjoyed his best race of the weekend in fifth spot, fighting back from 15th on the grid. Bautista also fought back from a poor grid position to complete the top six.

Scheib secured his best result of the weekend in seventh, with Baz, Sandro Cortese and Sykes rounding out the top 10.