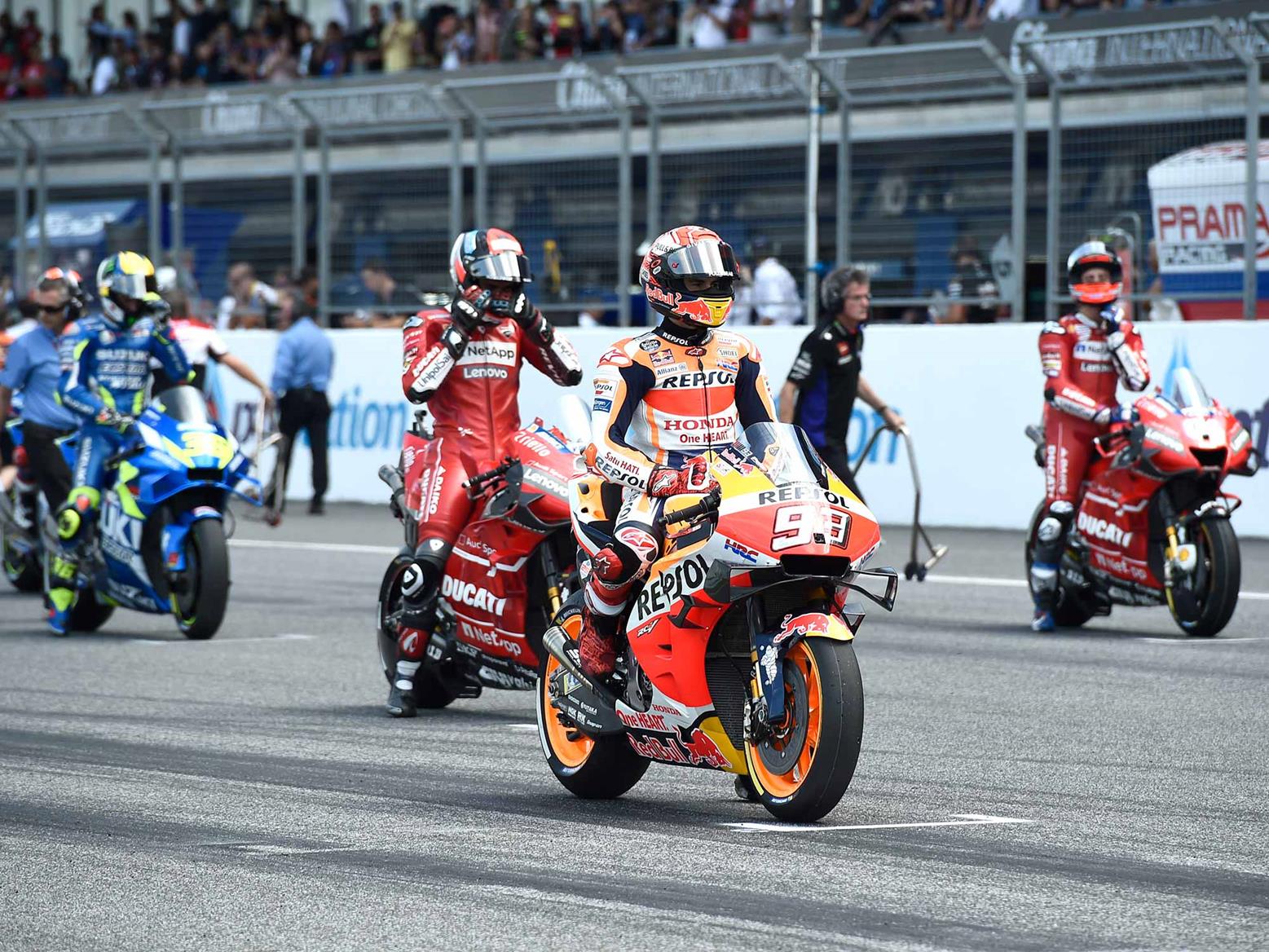 The 2020 Thailand Grand Prix has been postponed due to the ongoing global coronavirus outbreak.

The Thai round, held at the Chang International Circuit in Buriram, was due to host the second race of the season on March 22. However, the FIM have now confirmed that the event will not go ahead due to growing concerns surrounding coronavirus.

A statement released this morning said:

“Due to the ongoing coronavirus outbreak, the decision has been taken to postpone the Thai GP.

“As the global outbreak of coronavirus continues to develop, the Thai government has communicated that it won’t be possible to hold the OR Thailand Grand Prix on its original date. The FIM, IRTA and Dorna therefore regret to announce that the event, due to be held on the 22nd of March in Buriram, has been postponed.

“The FIM, IRTA and Dorna are currently evaluating if an alternative date is possible for the event later this season. Further updates will be published as soon as available.”

It is not yet known when, or if, the Thai Grand Prix will be rescheduled for. For the last two seasons the race has taken place in early October and was only moved to March this year.

The decision to postpone the Thai Grand Prix comes less than 24 hours after the MotoGP season opener in Qatar was cancelled because of travel restrictions. The Moto3 and Moto2 races will still go ahead as planned because the teams and riders are already in the country.

The next race on the MotoGP calendar is scheduled to be held at The Circuit of the Americas in Texas. Currently, it is believed that this circuit will now be the season opener on April 5, followed by the Argentinian round on April 19.

However, as fears continue to grow and more travel restrictions come into place, it may be that MotoGP fans have to wait until the planned European start of the season at Jerez on May 3.