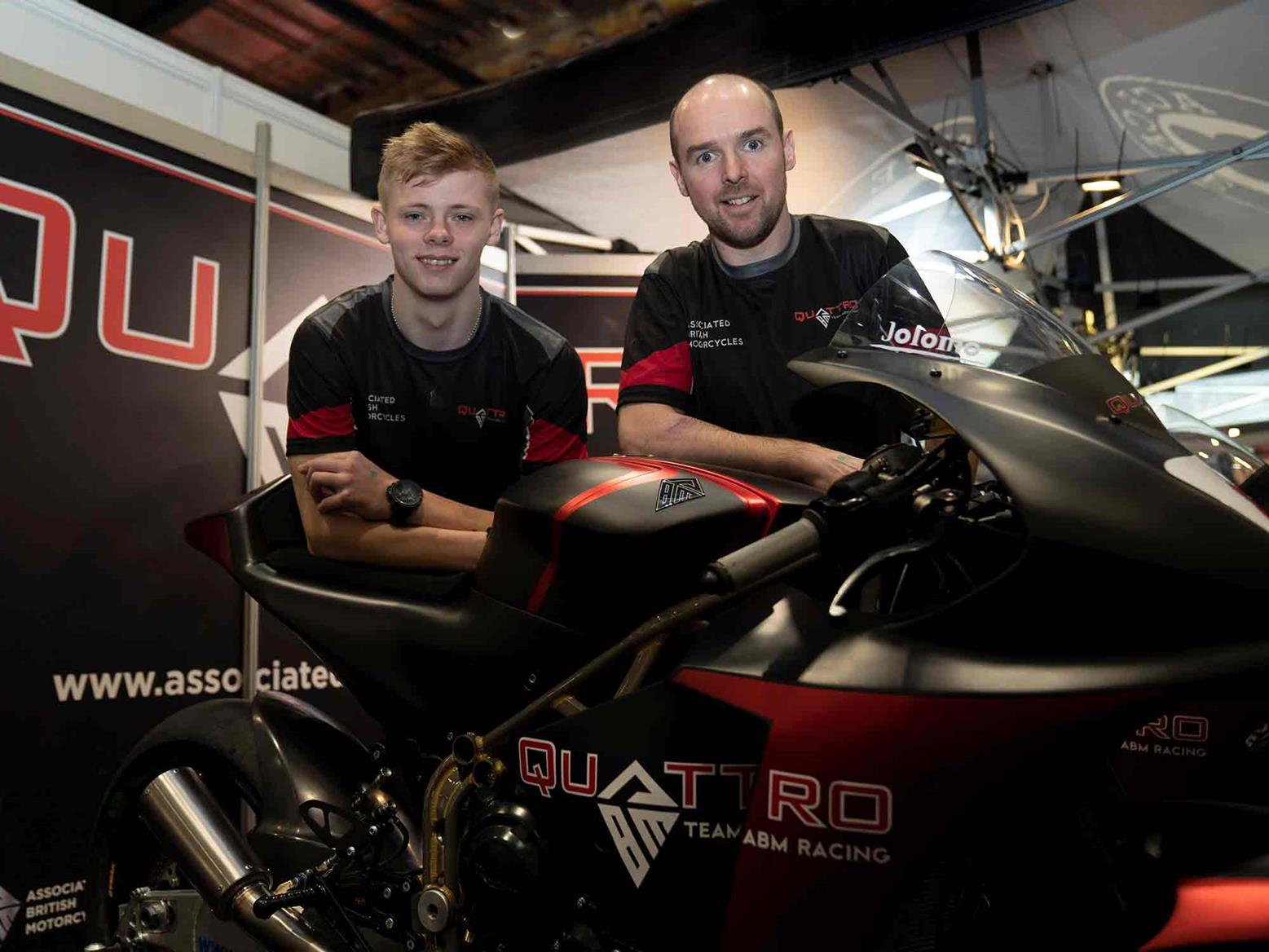 The line-up was revealed at the Carole Nash MCN London Motorcycle Show this afternoon. Seeley makes his return to the team after a two-year absence. The 40-year-old finished third in the British Supersport Championship last season.

Nesbitt was the 2016 British Motostar Champion and impressed in his debut season in the Supersport 600 class last year.

The GP2 class runs alongside British Supersport Championship, however riders using GP2 machinery are not eligible for overall wins or points. The idea behind the championship is to allow young British riders the chance to learn and develop using Grand Prix machinery and take them down a path towards the Moto2 World Championship.

“We are all very proud to see the GP2 series growing in stature year on year and it would be nice for us to lift the title in the Championship we helped develop,” said team owner Tony Scott. “For 2020 Alastair will be developing the Gen 2 chassis and swing arm whilst Charlie will be riding the Gen 1 bike which needs only to be tweaked to his preferences.”

All GP2 bikes run a completely stock engine housed inside a specially constructed frame that was designed and built at the company’s HQ near Brands Hatch in Kent. Others features include a flex adjustable chassis to give the riders infinite set-up opportunities.

2020 sees the introduction of the GP2 Evo bike, which is based on the production 675R Daytona. Harry Rowlings will be using the Evo machinery for the team.

“Designed to give a far more affordable entry level bike into GP2, this bike can be upgraded as funds allow until you have a full GP2 bike,” Scott explained. “We suspect many will be surprised by the speed and agility of the EVO bike which still uses the stock chassis but with some very important modifications.”

It’s hoped that the GP2 class and the new, more affordable, Evo-spec machine can help boost the UK’s chances in Grand Prix racing. If Cal Crutchlow decides to retire at the end of 2020, there will be no British riders in MotoGP next season.