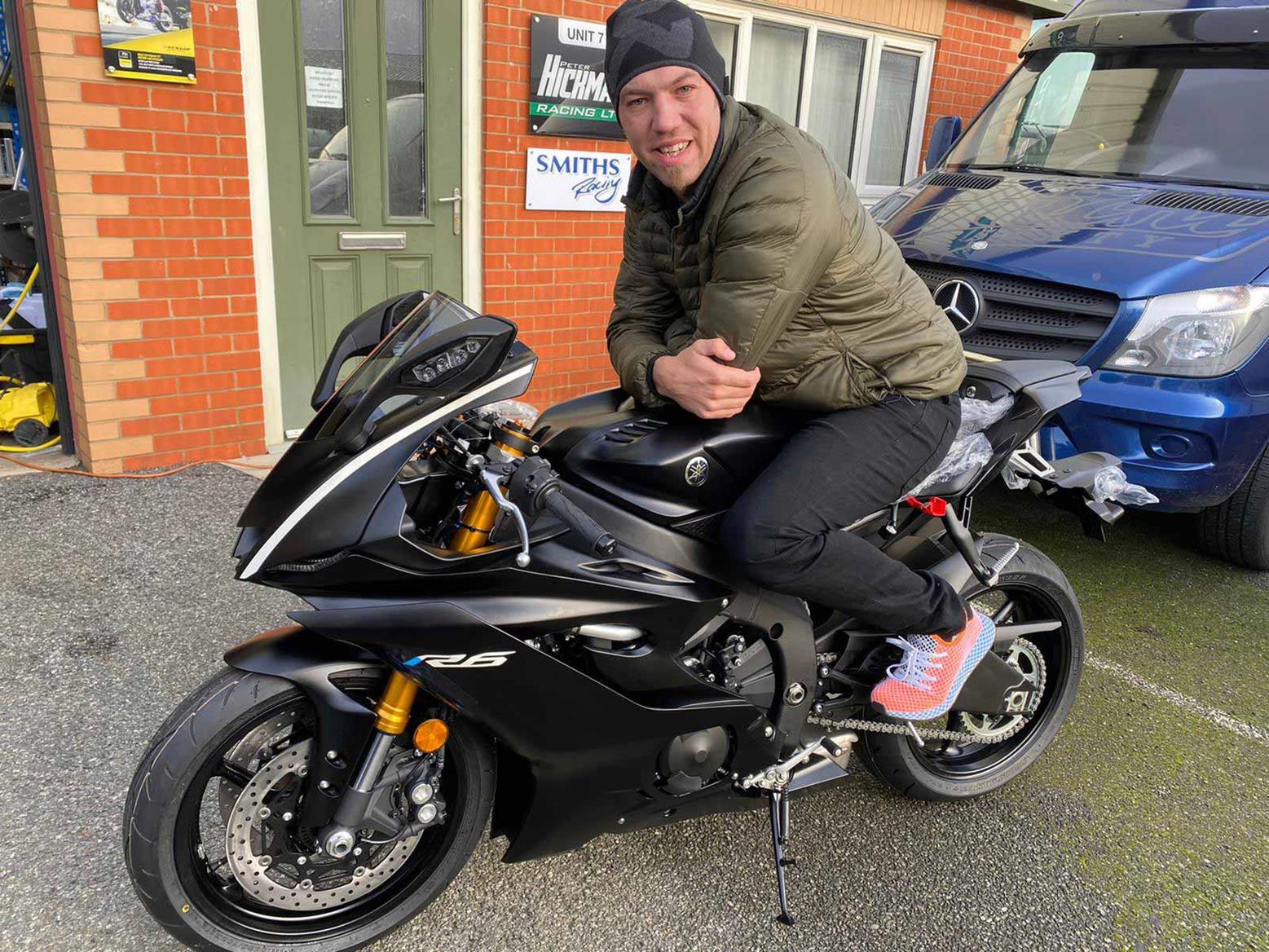 Smiths Racing and Peter Hickman have switched to Yamaha in the Supersport class for their 2020 road racing campaign.

The team have swapped their Supersport Triumph Daytona 675 for the Yamaha YZF-R6. The decision has been made due to the lack of parts available for the ageing Triumph, a bike which is no longer in production.

The partnership between Smiths Racing and Triumph was a successful one. Using the Triumph 675, the team won the British Supersport Championship twice and secured Supersport TT victories with Hickman and Gary Johnson.

“We’ve had an awesome time with the Triumph and it’s been absolutely brilliant with the win at last year’s TT and all three victories at the Ulster Grand Prix being phenomenal,” Hickman said.

“The little Daytona has done a fantastic job but, unfortunately, it’s a little bit long in the tooth now so to try and move with the times and keep up with what everyone else is doing we’ve decided to move over to the Yamaha. I’ve never actually raced an R6 before so I’m really looking forward to jumping on it to see what we can do.”

The Yamaha R6 is also a proven bike in the Supersport class. The 600cc machine is a consistent race winner both in the British Supersport Championship and on the roads.

The switch to Yamaha completes Smiths Racing’s 2020 line-up. The official BMW-supported team will use the S1000RR once again in the Superbike and Superstock classes.

The team will contest the Lightweight class with the Norton 650 Superlight that Hickman rode in 2019. The team are spearheading the development of the Superlight as they look to build on the 8th place and 120mph lap recorded last year.

“2020 will see us take on a fresh challenge and we feel that’s what’s needed to give Hicky a fighting chance,” said team manager Darren Jones. “A big thanks to Steve at Raceways Yamaha for pulling out all the stops in getting us the R6 before Christmas, the boys have started already!

“That completes our machine line-up for the season ahead and with a year behind us with the BMW S1000RR and factory backing we are much better prepared than in 2019.”

Alongside their roads campaign, Smiths Racing will once again compete in the British Superbike Championship. Hickman is joined by Alex Olsen and will campaign the BMW S1000RR for a fourth consecutive year.