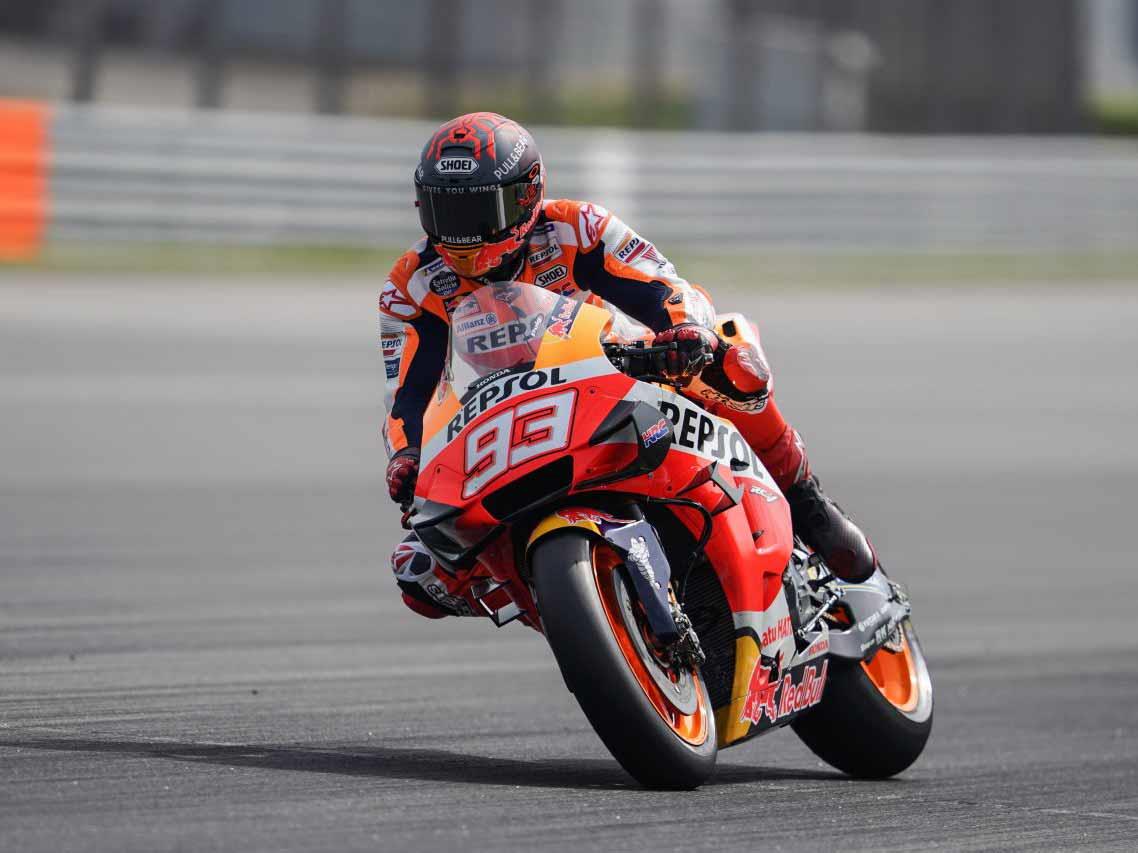 Marc Marquez has signed a new four-year deal with Repsol Honda which will keep him with the team until the end of 2024.

It has been predicted for a while that Marquez would re-sign with HRC, despite continued interest from Ducati. However, it’s the length of the contract that may come as a surprise to many, with two years being the usual length of a contract.

“I am very proud to announce my renewal with Honda Racing Corporation for the next four years,” Marquez said. “Honda gave me the opportunity to arrive in the MotoGP class with a factory bike in 2013. Since the first year we have achieved success together and I am very happy to continue being part of the Honda family.

“HRC gives me the confidence to extend this partnership to obtain our common goal and continue our story of success.”

Marquez has won six out of the seven possible titles he could have won with Repsol Honda in the premier class. The only rider to have beaten him during that time is Jorge Lorenzo in 2015.

The Spaniard has broken several records during his time in MotoGP and helped Repsol Honda to claim the Triple Crown for the third consecutive year in 2019. He has claimed 56 victories, 95 podiums and 62 pole positions with his Honda RC213V.

“We started talking a few months ago, as both parties wanted to stay together and continue winning, said HRC President Yoshishige Nomura. “Marc started his career in the premier class in 2013 and with him we have won six of the last seven MotoGP titles.

“As a unique champion, he deserves a unique deal. I am very confident in this partnership and I wish everyone involved continued success.”

Marquez’s new deal with Honda means that Ducati have missed out another target in the 2021 rider’s market. Earlier this month Yamaha sealed the services of Maverick Vinales and Fabio Quartararo in the factory team, whilst also signing Lorenzo as their European test rider.